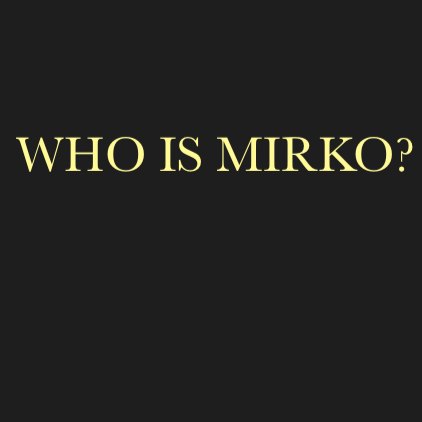 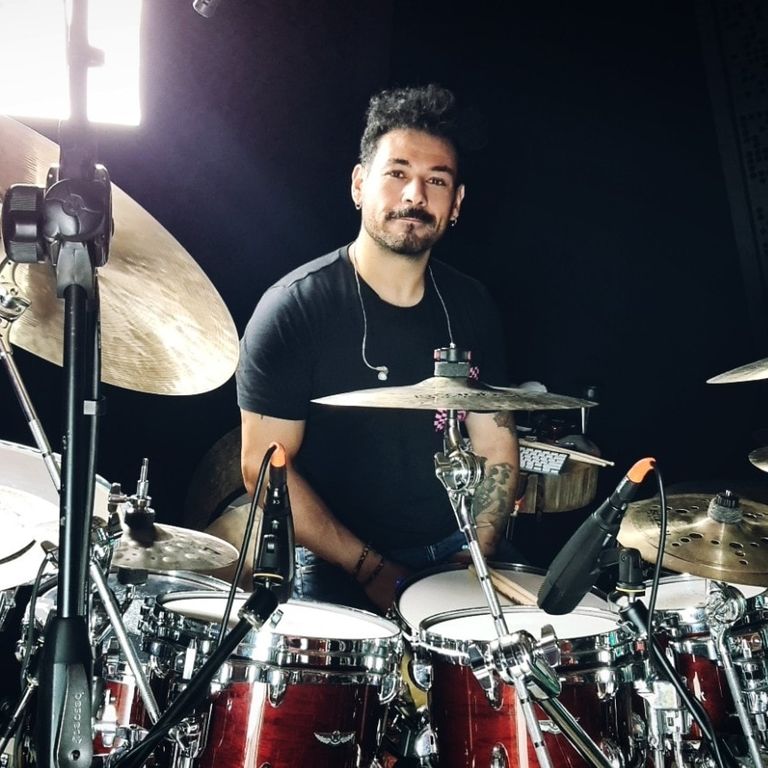 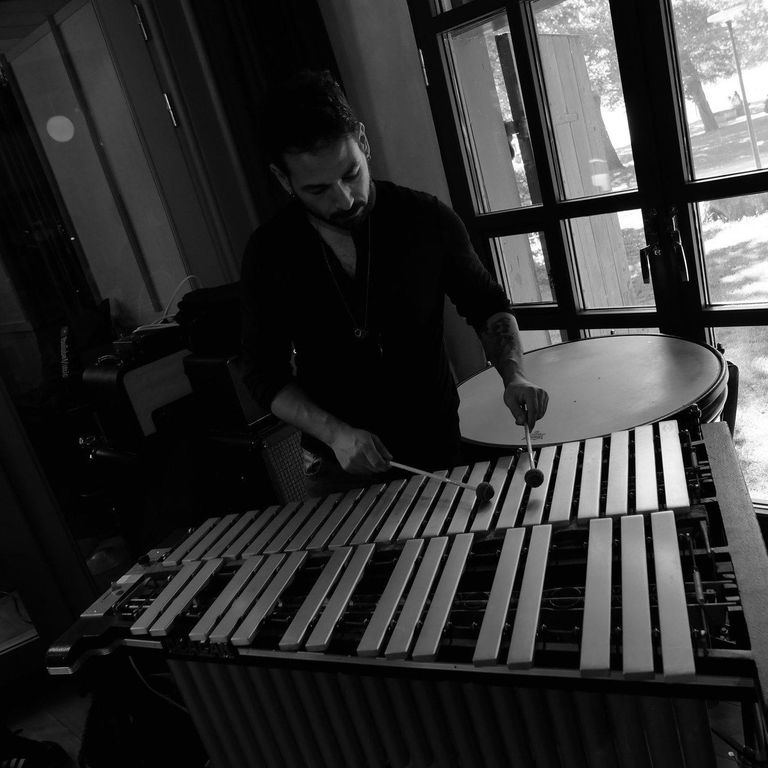 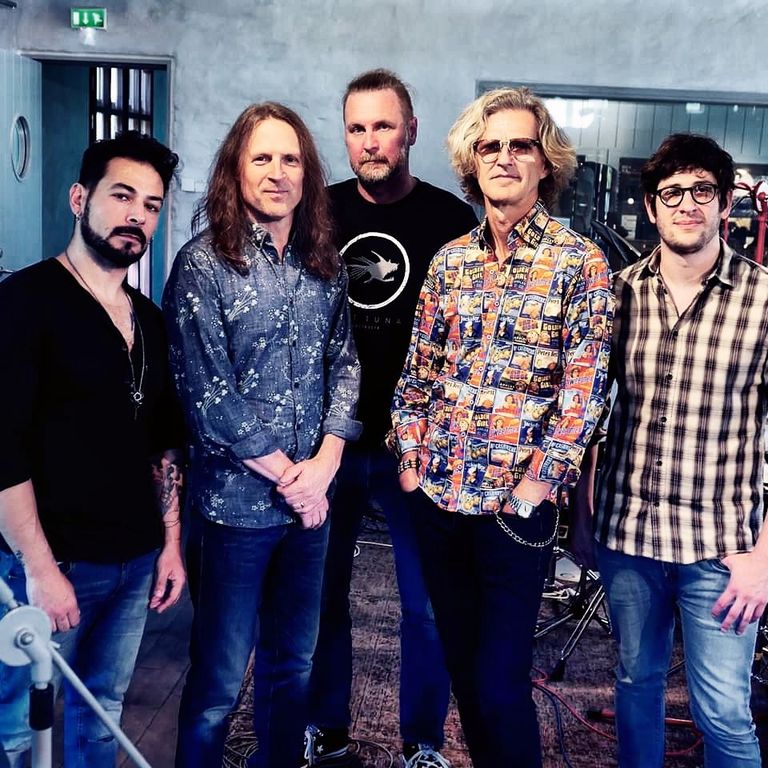 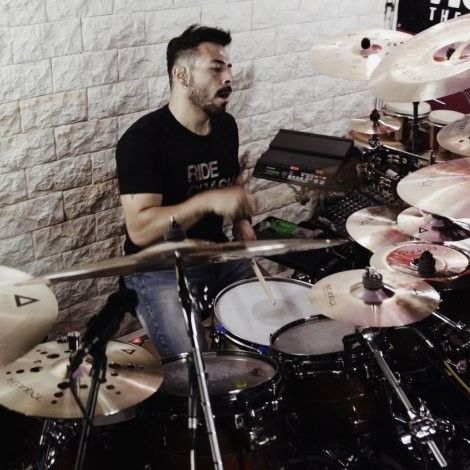 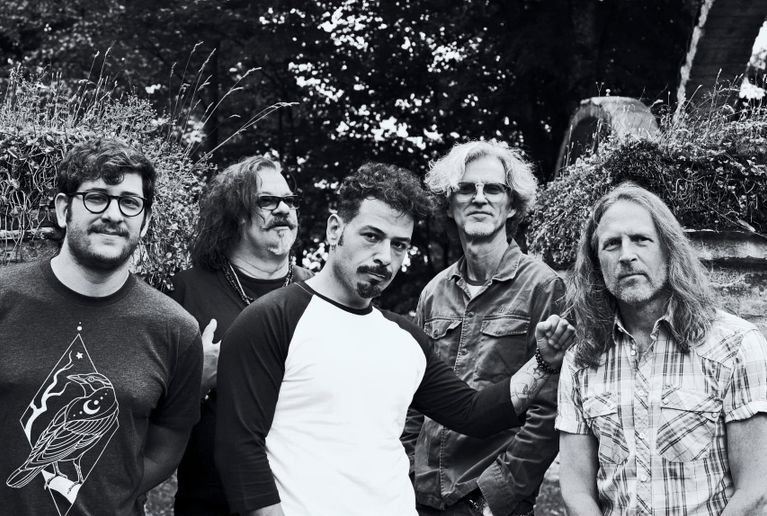 FIRST OF ALL, is it MirKo or MirKKo?

"MIRKO is my passport name, since i was 10 I've started adding a second 'K' in my name, but honestly, call me whatever you want, Mirko, Mirkko, Mirco, Miracle (yes, it has happened!)."

He started playing drums (inspired by Queen's music) and percussions at the age of 8 and at 9 he took the first drum lessons progressively with: Peppe Merolla, Fredy Malfi, Sergio Di Natale, Ezio Zaccagnini. Also he took some lessons with Dom Famularo (drums and percussion world ambassador), Dave Elitch (USA) and Claud Hessler.

He has played with various Italian, european and US artists, exploring in various styles and recorded music around the globe.

On December 2008 he moved to the United States, in Hollywood, CA, to attend the prestigious PIT (Percussion Institute Of Technology) at Musicians Institute under the guide of instructors such as David Derge, Chuck Silverman, Fred Dinkins, Rob Carson, Donny Gruendler, Andy Megna , Stewart Jean, Chuck Flores, Glen Sobel, David Salinas and others.

In July 2010 he attended the Berklee Summer clinics of Umbria Jazz where he took the opportunity to study with teachers such as Ron Savage, Jon Damian to name a few.

Since September 2010 Mirko began to play with the band MIND KEY (Frontiers Records) with whom he has performed in sevaral live shows; worthy of mention is the Power Prog & Metal Festival in Mons, Belgium supporting legendary bands like Europe, Hammerfall, Rage, Edguy, Vanden Plas, Gamma Ray, and many others.

In April and May 2012 he went on tour with the hard rock progressive band STAMINA (Ice Warrior Records), as headliner for the first leg of the tour in Italy (Salerno, Pisa and Rome), Germany (Munich) and Austria (Kufstein), and opening act for the Danish band ROYAL HUNT during the second leg of the tour (May) in Holland (Kerkrade), Madrid (Spain), Barcelona (Spain) and again in Italy (Romagnano Sesia- Novara).

He also appeared on Vivaldi Metal Project I & II (2015 and 2022), a project created by Giuseppe Lampieri "Maestro Mistheria" which includes some of the biggest names in the metal and hard rock music world, such as Rick Wakeman, Mike Portnoy, Fabio Lione, Steve Di Giorgio, Mark Boals, Maestro Mistheria, Marco Sfogli and many more.

In 2015 De Maio has joined the band HANGARVAIN (Volcano Records), a rock band with whom he performed in and outside Italy.   With HANGARVAIN he also recorded in July 2015 the album 'FREAKS' (released in February 2016) which it has been promoted in early 2016 with three European and Italian tours as headliner (Spain) and as opening act for Gilby Clarke (Guns 'n' Roses) and LA Guns, in Kiev (Ukraine) with the US band Skillets, and again in Italy with The Darkness. In 2018 Hangarvain recorded EP 'Roots & Returns' and started a new tour in Italy, Ukraine and Latvia.

After the tour Mirko friendly left the band Hangarvain.

During summer of 2019 Mirko recorded the new THE FLOWER KINGS’s album 'Waiting For Miracles' (InsideOut Music/Sony) at Riksmixningsverket (RMV) of Benny Andersson (ABBA) in Stockholm, Sweden. 'Waiting For Miracles' has been released on the 8th of November 2019. After some successful concerts in Japan (Kawasaki/ Tokyo) on February 2020 The Flower Kings have been nominated as best Hard Rock & Metal band at annual Swedish Grammy gala.

In 2020 Mirko has been featured on Modern Drummer, the world’s most prestigious drums magazine.

During Covid-19 all concerts have been postponed or cancelled, so The Flower Kings decided to invest that "free time" to make new music (after less than one year from previous album) and record a new album in our home studios. That's how the  album called "Islands" was born. Worth to mention that album’s cover art has been made by the amazing Roger Dean (Yes, Uriah Heep, Asia).

With THE FLOWER KINGS he records again the latest album 'BY ROYAL DECREE' out in March 2022 for InsideOut Music/Sony.

In the same year (2022) and again for InsideOut Music/Sony, Mirko records with legendary Spock's Beard keyboard player and mastermind Ryo Okumoto's new solo album 'The Myth Of The Mostrophus', more precisely on the Japan release.

Mirko owns DrumHell drum studio where he does any kind of recording sessions.

In October 2022 he joins the SE ELECTRONICS microphones company as international artist. 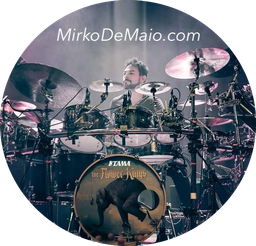